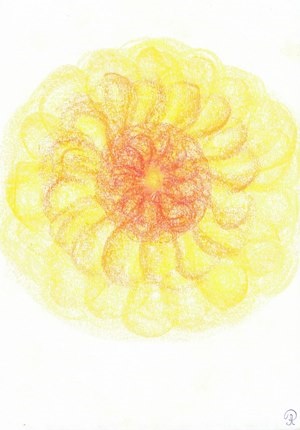 Today, on the 23rd day of July, I have come through our Messenger in Bulgaria, and my wish is to give you specific instructions that would make it easier for you to part with your negative karmic records and your illusory part. Because this is the fundamental thing towards which you should direct your momentum, your desires. The achievement of that would ensure your transition to a new level of consciousness, your entrance into the New World that awaits you and your life in the New Order according to the dictates of the Law of the Father.

On the 23rd day, each month try to make the most of the opportunity that you have been given for transmutation of your negative karma for the whole next month. It continues to be effective thanks to the Grace of the Heavens towards you.

Whatever amount of time you allocate for spiritual work on that day, it would be beneficial for you. Each month on that day, you could even entirely devote yourselves to Serving the God and the Father. I would advise you to be outside the populated areas on that day, surrounded by nature, and to try to apply the specific recommendations for usage of our Teaching, which you are given by the Ascended Beings of Light**.

Today I am giving you one more supporting tool.

Anyone who wishes may write a letter to me on every 23rd day of each month in which to ask me and request help on the transformation of his illusory part, of his ego for the whole next month. And I will have the possibility to do what is necessary. (The action of this Lord's Mercy ended in 2017 – see the footnote with one asterisk.)

I would like to remind you that instead of undertaking a very big commitment that requires a lot of time and which loads you more than what you can work off each day, and instead of beginning to miss to do it regularly, which may create tension in you, it is much better to undertake a commitment to do something tiny but to do it consistently, wholeheartedly, something that would bring you joy. For example, you could send your Divine Love every day, even in a few words, like a prayer, with an invocation or a single bow, a verse, a song or maybe through a drawing that you dedicate to this Being of Light from the Heavenly Hierarchy of Light, to whom you wrote a letter and asked him to help you with what you need. Every day it might be something different. The important thing is during the time that you dedicate for the fulfilment of the accepted commitment to reside at the highest possible vibrational level for you after you have previously tried to calm your consciousness and to separate it from the illusion that surrounds you.

Lord Surya also sent me his thought that the daily usage and implementation of all the specific recommendations that are being given now in our life is a continuous process of interaction with the Forces of Light, training and climbing up the steps of the spiritual development. The aim is to detach more and more from the world of the illusion and to reside in the real world of God, to get used to keeping our consciousness elevated to its highest level while we are in the world of the illusion.

* Note from Rositsa Avela: on 17 January 2017 Presence of the One announced that the Grace to request help to transform our own illusory part on every 23rd day of the month through a letter to Lord Surya has expired. The instructions on how to write and send a letter to the Karmic Board of the planet Earth as well as individually to any Ascended being of Light remain in force. One should take into account the implementation of the accepted commitments concerning whom only we may direct our Gratitude, according to the instruction given by Presence of the One.

** Including the Five Rules-Guidelines on the protection of Purity, the salvation of the human Soul and the successful continuation of the evolution in the transitional times.