I have come today to give you my Teaching by telling you a story.

Once upon a time, there were two birds.

The first bird sang to God, and everyone could listen to it and enjoy the songs – everyone who walked along the road near the house and the tree. The other one had been trained for a long time by listening to different songs to imitate them, and also to do various tricks in the cage only for a select circle of people, who were allowed to listen to it for a fixed time and an entrance fee.

One sang without expecting anything in return, and God took care of it in the most wonderful way, so it had everything it needed to live well, to sing for all Living beings and make them happy. The other one sang only for its subsistence because it received food only when it sang, and when it sang particularly well, it was rewarded with what it liked most.

The first sang constantly, every day, in ecstasy, because it was happy and free, and its soul was joyful. The other one sang only when it was given a sign that it could start singing when people had gathered in the hours specified for that.

The first sings only one song, a simple one, but performed in happiness and carrying the vibration of Divine Love, Joy and Freedom. The second one performs a wide repertoire that satisfies the senses of the listeners, thirsty for something new. Its songs, however, are performed without Joy, and they are without any connection with the Higher worlds.

Everyone makes their own choices where to go and which song to listen to, and whether to listen at all.

He who resides in Joy, and God is in his heart, will be attracted to the tune that sounds from the tree near the road.

He who is always looking for something new and better will pay to listen to the 'rich' repertoire.

He who has a negative attitude and is full of self-pity, doubts and condemnation, can be irritated when passing by the tree and hearing the cheerful song.

He who is too absorbed in his own thoughts, feelings and aspirations, will either pass without even hearing the song that sounds a few steps away from him or if he hears it, he will leave it without paying any attention to it.

And he to whom the whole world is wrong could even feel the desire to throw a stone to interrupt the song.

The birds and their songs are a connection to God, but are the birds singing in the cage of the illusion a connection as well?

Beloved, only when you accept everything as it is, without condemnation, you can retain your positivity and harmony.

Only when you retain your positivity and harmony, can you elevate your consciousness.

Only when you elevate your consciousness can you acquire the ability to differentiate the real from the illusory.

Only when you differentiate can you become capable of making the right choices in life from the Divine perspective.

Only when you make the right choices, can you reach God! 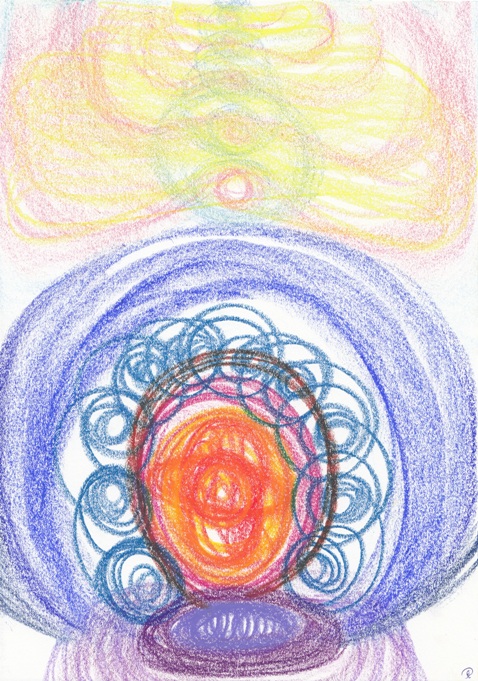