I AM Lanello. I have come today to say a little more on the subject of Messengership and the decisions made so far.

So far, through this Messenger of ours, the Messages have been given almost every time at a different place on the planet. In this way, the Divine Light is distributed relatively uniformly, without the possibility to accumulate a more considerable amount of it only in one country. As this energy could be very beneficial and helpful for the flourishing of a country and its people, but it could also bring harm if most people use it in the wrong way. We have learned from what happened with the use of the Light received in America and Russia. Experience has shown that individual nations need more time until they become ready to manage a larger amount of Divine energy properly. So, we are stopping the possibility for another nation to accumulate a greater amount of karma.

There is a mechanism through which the Light released during the receiving of the Messages can be used, and a decision has been made to use it only to balance the state of the planet and for the balance of the state of every person in whom the fire of the Living Life is burning and who complies with the Divine Commandments and Laws and asks the Forces of Light for help, regardless of what nationality and religion he/she belongs to, and which country he/she lives in. By 'the balance of the state' I mean that this energy will support the advance in spirituality as well as the achievement of financial stability and prosperity. It will help to achieve the balance at all levels. Thus, support for prosperity will be given to those who have God in their hearts and create and strengthen Divine patterns through their way of life, in their work and in their relationships with other people!

And when more of these people gather to live in one place to serve God and build the New Order of the New Age, they will be supported so that they can quickly and painlessly cleanse the negative karma which they have with each other, and the karma of each of them separately to succeed in their joint initiative.

In order to help people to know each other and meet, and to be able to help each other locally, a new Divine opportunity is given concerning all of you, and I have the honour to announce it to you today. It is the following – this Messenger of ours can go and meet in place those of you who read and try to apply in your lives the Teaching that we give you through our Messages. She can meet those of you who would invite her with joy and respect as a conductor of our Word.

It would be good if at least ten people from the same residential area or several nearby towns could get together, and when you invite her, she will come, and you will be able to ask and get answers to the questions that interest you about your progress on the Path to God.

Our Messenger has already given her consent to the Karmic Board to help you in this way as well. And in one of their meetings in the days of the summer solstice, it was discussed how this should be done.

Rositsa Avela has already made three such meetings, and they were extremely successful for all who accepted her with Joy and Divine Love in their hearts. We vigilantly followed the state of exactly these participants during the meetings as well as after the meeting with her until this point. The results are very encouraging, as the Divine fire began to burn in them much stronger, and a considerable amount of negative karmic layers came to the surface and were transformed. Besides, they received quite a powerful impulse, and almost all of them have been moving successfully along the Path to God until now!

These are successes that we really rejoice greatly and because of which it is worth to continue making these meetings wherever there is willingness, and at a time that is most beneficial for them to take place.

Therefore, I invoke you to provide support to our Messenger so that she can also support you and that you may receive our Support through her!

I AM Lanello, happy with today's meeting with you. 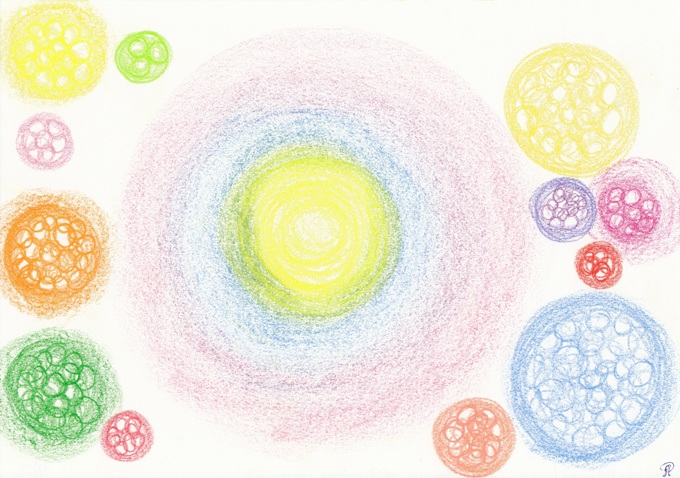