I AM Koot Hoomi.

I have come today to talk to you again. In my previous Message, I broadened your understanding of what happens when you abuse your sexual energy, and the harm from watching TV and listening to illusory music was explained to you earlier as well as what happens then.

Now I will tell you what happens when people eat meat and consume alcohol, tobacco and other intoxicating substances.

In all these cases, they sharply lower their vibrations and level of consciousness, and this leads to a decrease in their immunity and an increase in morbidity. And when people are ill, they find it hard to be positive and in joy or take the right decisions in their life from the Divine perspective. Thus, they doom themselves to sink more and more into the swamp of the illusion. The physical bodies start being sick, but they get sick because before that the subtle bodies have been damaged and they have lost their Divine attunement. They also foredoom their children when they raise them by living in this way and in such an environment.

Now I will tell you in more detail what happens when people eat meat.

Each animal feels at the subtle level when it is going to be killed, and in the last seconds of its life, it produces large amounts of a substance that makes meat one of the most dangerous poisons. That is so because along with that substance deposited in the meat, which destroys the health of the physical body, people who eat meat also get its energy component, namely the energy and vibration of fear – strong, animal fear of death. This energy enters into the subtle bodies and becomes part of people’s being and predetermines many of their choices and actions in life in the future.

If you look closer at your friends, you will find that the biggest meat lovers are also the most cowardly people you know, having all sorts of energy blockages and complexes.

Furthermore, due to its low vibration, the energy component of meat nourishes the illusionary nature, the person’s ego. It is what makes him want to eat meat again and again.

All these 'charms' of your civilisation, which are advertised widely by the mass media – watching TV, listening to illusory music, sexual 'freedom', the use of meat, tobacco, alcohol and other intoxicating substances, bring people into a vicious circle which is very difficult to leave. By getting into it, every human being who is a carrier of Divine energy becomes a donor for the astral entities of various kinds which have renounced God, and only through people’s Divine energy, deftly feeding on it when people are under the influence of the above mentioned, as well as other addictions, may they continue to exist longer – as long as one decides to allow them to feed on him, at his expense.

This is the reason why the forces of the illusion are constantly trying to inflame and increase people’s desire for pleasures and enjoyment in life. And then people and their children are the ones who become barren, sick and incapable of creative work. And I am referring to the present incarnation as well the subsequent incarnations of these people and their children.

That is why I came today to give you the impulse to free yourself – those of you who wish to, from these instruments of death. Death not only of your physical bodies but also of your subtle bodies.

The choices that each person makes in these times are choices for the continuation of existence on the whole. It is a matter of choosing eternal life and continuation of the evolution, or involution and erasing the lifestream as a whole. It is a matter of choosing to be in Purity and Freedom from all that is negative and illusory in oneself and trying to keep one’s consciousness elevated to the maximum, allowing God to reside permanently in his temple. It is about everyone’s choice to live, in the first place, with the thought for the wellbeing of the Living Life, instead of choosing to make his own life comfortable and his existence in this incarnation wonderful, because it could be the last one!

The time for this choice is almost over!

And this is the most important thing I have come to tell you today!

I AM Koot Hoomi 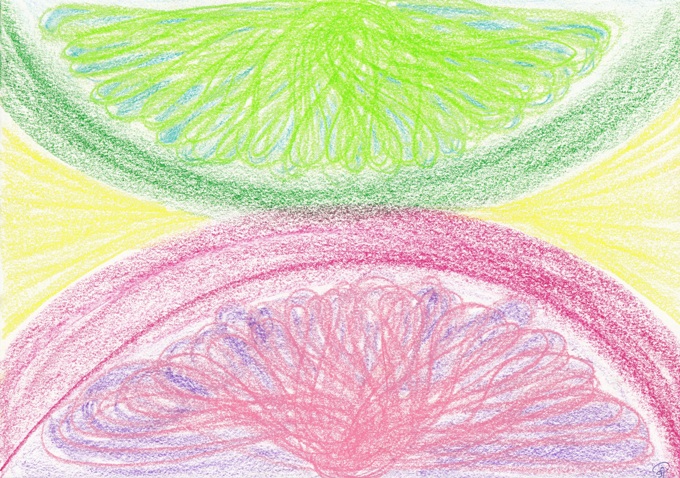