News from the Karmic Board of the planet

I AM Saint Germain.

Today I have come to you, ladies and gentlemen, with news from the Karmic Board which should be brought to your external consciousness to give you the opportunity to decide how to continue now that you are informed. And I sincerely hope that these decisions of yours will be the right ones from the Divine point of view. Listen to your hearts! They will suggest the most correct decision for every one of you. When you make the decision, pay attention to whether you feel at ease and in joy, as if some load has been taken off from you, or you have a feeling of weight in the chest and sadness in the soul.

So now, I will proceed to the point. In the days of the spring equinox, the Karmic Board decided that a more significant amount of energy be given in the future to those of you who choose to live in nature and in smaller settlements. So that this energy will help and support your effort in the best ways possible from the Lord’s point of view for you, in every single moment so that you succeed.

The ultimate time has come for you to learn, feel and realise the critical importance of being as close to nature as possible and surrounded by nature the maximum time of the day and night, and best – all the time! To be where the processes of attunement of the Living Life to the planetary changes are happening. It is very difficult to achieve this in large settlements, and the expenditure of energy for it has already stopped being justified, or it is completely impossible to happen. This is so because of the high degree of contamination of the environment, the high noise level, the low vibrations and the saturation with negative and all other kinds of illusory manifestations.

It is particularly important that you sleep in nature so that all of your bodies can recover and attune. Therefore, in this period of transition for you, it is essential first of all to ensure your night's sleep and stay before and after your working hours outside major settlements and sufficiently far away from them so that you are outside their energy domes. Large settlements are already under energy domes to stop the spread of noise, energy pollution and low-frequency vibrations in the environment of the planet and to stop their destructive impact on the Living Life on it.

And if you want to remain a part of the Living Life on the planet in the future, it is time to decide. And live among the Living Life where it is possible to be such – Alive in all of your bodies and capable of living in God, able to comply with the Global Universal Law, which contains all the Divine Laws about which we have spoken to you up to this moment, and able to follow the Father’s Commandments, which He has given to you, so that you prosper here and now.

The more the planet raises its vibration and energy, the more difficult it will be for you to stay in a more elevated state of consciousness being under the domes of the large settlements. And the more Divine energy you will need to spend to connect with the Higher worlds, and that is inappropriate any longer.

This process will intensify in the future. And from one point on, even if you do ministries and elevate to the Higher octaves and feel their energy, doing this will stop being justified from the Divine perspective. Because to get the same result, you will have to consume some of your Divine energy, of your stocks of Good karma. And the scales may move in the opposite direction, and it may be that during your services, being under the domes, you consume and spend more Divine energy for attunement and connection with the Higher octaves than you are able to attract from the Higher octaves towards yourself and the surrounding area.

Also, the time will come when your access and capability to attract and conduct Divine energy from the Higher spheres will be stopped. Thus, this energy will stop being used wrongfully and in ways that multiply the illusion, which currently dominates in large settlements.

Therefore, it is my recommendation to all of you who go to live and sleep outside the major settlements, but continue to work in them, that you perform your spiritual practices in the evening before going to bed and especially in the morning after waking up, rather than when you are at work. And this will be so until the time comes for you to begin working where you live and completely stop your relationship with larger human settlements.

We are appealing to you, and I am calling upon you to set off for the universal space! But you can aspire to it only when you are in the purity and tranquillity of nature. And if you ignore all the recommendations that we have given to you now without fulfilling them, soon after that our Messages will become just empty words, written on paper or on computer screens for those who read them while being in large settlements.

And I assure you that after you have been quite clearly informed on the essence of your biggest problem at the moment, we will stop talking on this topic because you have been warned, and you know what awaits you. And the responsibility for your decisions and actions henceforth belongs to you only. You are already grown up, aware and wise enough to make the right decision and put it into practice in your life.

All future recommendations and guidance that will be given to you by each Higher Being of Light through our Messages, Guidance and Answers to questions, will be for those who are outside the domes of the large settlements. Because only for them it will be possible to achieve a positive result from their implementation – the result because of which they are given to you.

As a Hierarch of the New Epoch, I have come to take care of informing you and giving you my support for your actions so that in the future they are in the right direction – the only direction that leads to the preservation of the Living Life in you.

You can understand the degree of importance of what I have just told you!

You were informed about this in the previous Messages of this cycle as well.

Now, with the announcement of the decision of the Karmic Board to redirect more energy to those who begin with the implementation of this recommendation and invitation of ours to you, the time has come for me to conclude this Message with a Blessing.

Always be vigilant, be internally prepared, whatever may come, to react adequately, and both your decisions and the actions you undertake to be right from the Lord’s point of view so that you successfully undergo the further process of your detachment from the illusion of the material world and your entry into the real world of the New Epoch of the 6th human race, which is currently being built and in which we will be able to communicate freely and without obstacles between us, on the wave of Joy and Divine Love! 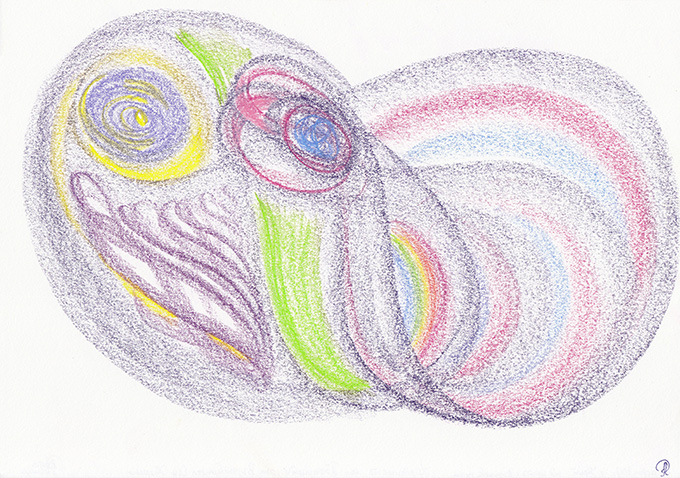