The time has come to end this cycle of Messages. And I have come today to say the final words. Also to draw your attention to some of your weaknesses and vulnerabilities, which if you wish, you could improve and turn your weakness into strength and protection from now on.

One is related to the music that sounds around you. Many are accustomed to work with some sound background and listen to music during most of the day. Therefore, beloved, I will recommend you afterwards what of music it would be good for you to listen.

Furthermore, all of you who live in a large settlements are exposed under the influence of diverse sound background of floating music, whether at work, whether in transport, be it in public places, whether at work, in transport or in public buildings, which is often very far from the Divine patterns that are able to help rather than hinder and destroy the health of all of your bodies! In most cases, these background sounds that accompany you everywhere during the day, when you are away from home, badly affect many of you and we recognize the problem. So I came to try to help you.

Generally in small towns this problem almost or completely doesn't exist, but until you move to live into such places or completely in nature according to the insistent recommendations that have been given to you in the Messages of this cycle, in the meantime, it can be helpful for you to use headphones in your ears, isolating you from the external sounds and in which the music of nature, the sounds of nature sounds. You may listen to the birds songs in the background of a murmuring/gurgling/babbling brook, which will help you withstand the low vibrations that you are surrounded by, including the sounding music around. Besides, wherever you are, you can always ask to be turned off or to be reduced to the minimum the volume of the sound, if possible.

But remember that this is a means that you can use for a short time only while you are arranging your affairs to move to live in a small settlement as close as possible to nature or in the middle of it! This is short term recommendation, and after that there will be no use of it, when the time for your more favourable moving out from the large settlements is over.

Until then, the sounds of nature sounding in your ears will help you to remain balanced and harmonious. They will also help you to stop paying attention to what is happening around you. While you are listening, close your eyes when you have the opportunity, and imagine that you are among/surrounded by nature, away from all the horror in which you are immersed in the moment.

If you feel unwell, while listening to the sounds of nature from the headphones and simultaneously you can hear in the context some breaking/smashing/shattering music sounding around you, and you hurry to stop it (the sounds of nature), this will only show you how far did put yourself and how disastrous your condition is at the moment! Many of you are so used to this state that they do not even perceive it as bad/disastrous and cannot understand what they inflict on themselves. They would understand that only if they moved out into the bosom of nature and lived there for a half or a whole year in silence and purity, and then returned to the city again.

The Salvation is to leave as quickly as possible the large settlement and reside in them as short/less as possible and all of your free time to spend in nature. But not the nature as some of you understands this – in the parks of the cities; in the nature, outside the domes of large settlements!

As you can see, you have been told again that you have to go forth to live and work among nature, and you are given explanations and additional very important arguments so that you do that. I will use the same topic that has been used in the first Message from this cycle to finish it, as this is the most important for you at the moment, most needed, most urgent, and what has to be done as quickly as possible!

Everything else that we recommend you, you will gradually develop over time, when you will be living already outside of the large settlements. Because all the other recommendations that we are giving to you, they will help you once you are there – surrounded by nature when you are implementing them. Otherwise, their effect may soon become zero and could even be negative!

The second recommendation that I would like to give you to help you in the meantime, until you leave the large settlements is that you remain as long as possible in a positive silence! Because, staying under the dome of the settlement, where you live, every spoken word remains there and if it is negative, if it is accompanied by negative thoughts and feelings, when it propagates in space around and reaches this energy dome, bounces off him and returns to the source, to the one who has uttered the words, who has radiated the negative thoughts and feelings. Their energy component returns, but multiplied already many times in a Divine way, the stronger the negativity of the surrounding space inside the dome the stronger this multiplication is.

So, soon some of the people, who express themselves mainly with negative words, may very quickly start to suffer from all sorts of diseases, because their defence/immunity will be weakened. And when the negative words are also accompanied by negative thoughts and feelings, this process will develop even stronger and faster.

If you are positive, that will protect you, but only partially. Because if the positive words spoken by you were rejected by the person in front of you, or treated/received with derision, then these your words will help to increase the negativity.

And if someone condemns you for what you are talking about, this karma will be hard for him because it will be karma towards God; if for example, you have blessed him with Love and he laughed at you, even though internally/inwardly laughed. Part of that karma will fall on you, because you have caused its creation with your words!

And if your word is positive and it is accepted by the person to whom you speak, but it is then used by him to nourish and increase the illusion, because that person is not in God, in which case you are the person who creates negative karma at this point. Because you are carriers of the Divine Light and when speaking you are putting it in your words, and they contain it in themselves and the person to whom you direct your words, receives this Light, but is your responsibility to give your Light only to those who will use it properly and will multiply it! Two thousand years ago, Jesus warned you that you should stop throwing the pearls to swine (Matthew 7:6), as well as to stop wasting precious grain/seed, sowing it on the headland along the road instead on the field!

Therefore, it is very important and I have recommended it to you just so, to remain mostly in silence while you are in the cities and in the other large settlements!

The time has come to put on the masks, which we have already spoken to you and to protect your inner being away from the eyes of people living in the illusion, who prefer to multiply it and to renounce/deny God. Manifest your being only to the extent in which it can be accepted by the people around you, always keeping a vigilant consciousness and with extreme caution all the time! And when you are outside the domes of large settlements, among the nature, then it is mandatory for you to reveal your true Divine nature, and to reveal it in entirety!

Beloved, tough/difficult times arrive for those of you, who are still in large settlements! And will be even harder! This is quite natural course of development of the processes that are currently taking place on a planetary scale. And soon I wouldn't like to be in the place of any of those who decide to stay to live in large human settlements and stay in their aura 24 hours a day under their energy dome!

I bless you to make the right decision and act in the required direction! And I wish you, that at our next meeting many of you already live elsewhere, and with each subsequent meeting after that one, more and more of you have succeeded with this! To live in a place that is salvational for all your bodies and which will help you to survive in the coming times. To live in a place where, when you ask for our help, you will be able to receive it, instead of your call remains a voice in the wilderness!

I AM Morya ready to help you! And to congratulate with Welcome next time those of you who will listen to the birds singing not as recording in their ears, but in their natural environment when you wake up in the morning! 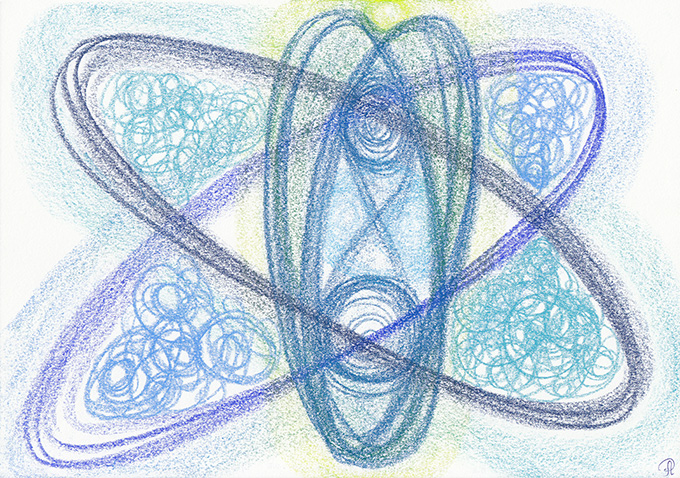