Your work in the spirituality

I have come to tell you how lucky you are; as you have the opportunity to read the Messages that we are giving you now and to take from their Divine nectar. Whoever drinks from it, receives almost limitless possibilities in moving forward on the ladder of evolution, when he rightly apply the received Divine energy and information.

For you to get more complete and the best result from reading our Messages, I have come today to give you my recommendations on what you could do to succeed in this endeavour of yours.

It is very important that you read the Messages when you are in peace and calm.

As you know already, it is most recommended to be among nature.

When this is not feasible for you, however, you can read them at home, in populated areas. But when you read them in the populated areas, do so only when all around you is complete silence. That usually happens at night, in the early morning hours.

Notice that I'm talking to you about the early hours of the morning instead of late evening hours, as the difference is huge! By early in the morning everyone has gone home and slept. Even those who are attending late at night various illusory entertainments, by that time they usually returned home and also fell asleep. Besides, the members of your family also sleep. Thus, you can be alone with God in the depths of your heart without anyone or anything bothering you. And you will have the possibility to carry out your spiritual practice with the best effect for you.

During this time you can read a Message, say invocations or prayers, watch the Message-Pictures, read poems-guidelines for every day, as well as everything else that we have given to you through this Messenger.

It would be great for you, at least during the weekends, to be outside the domes of the human settlements, however small are they, and to remain as long as possible in union with God and all Living beings, in Joy, with Gratitude and Love towards them.

I have come to give you this recommendation since many of you were left in confusion after the previous cycle with Messages in which we have called you, that you move out [of the city] to work and live among nature. Yes, this is the ideal option, but we have taken into account that too few of you have been able to do it for this one year.

It is better to carry out your spiritual practices that are closest to your hearts, even if under the dome of the city, instead of you to stop to do anything. We give you this recommendation now, considering that many of you have partially closed chakras, and the negative effect of carrying out of the spiritual practices in populated areas will be minimal both for these areas and for the environment.

It is much better to carry out your work in spirituality in order to preserve your aspiration, to stay as long as possible in a positive attunement, joy, kindness, peace and calm. Begin the day that way, trying to maintain this state as much as you can and at best until the night.

That is much better than to stop doing anything and your soul to sink even further into the swamp of the illusory world. But yours is the care and responsibility that you carry out your spiritual practices alone and in the maximal silence of the surrounding space when it is free from the vibrations and the noise of the working day.

We are ready, and we have taken all possible measures to limit the negative impact to a minimum while your carry out your work in spirituality under the domes of the large settlements. Also to have the predominantly good result of what you do, when you are doing it properly, being in peace, quiet, alone and a maximum silence.

There are already enough Beings of Light to protect the integrity of the domes so that it is safe for you to perform your work in spirituality beneath them. But I repeat that it would be best for you to it only when you are as harmonious as possible and when the purity and silence of the space around you is the greatest.

So rejoice, beloved, and maintain every day your joy and your positive attunement/attitude/tune, remaining in gratitude to all the Forces of Light. Your positive tune is the lifeline in these times. It can get you out of the raging sea of the illusion to the rescue coast from which the summit of the Divine consciousness can be seen.

Our appeal to you to move out of the domes of the populated areas remains in full force. We continue to expect more and more of you to go out more often, to carry out your work in spirituality among nature.

What really makes us happy is when another soul breaks free from the shackles of the illusion and relocate to live in freedom and purity at the end/edge of a small, sparsely populated village, and even better, far away from any populated areas.

I AM Shiva, and I have said that for which I came. OM 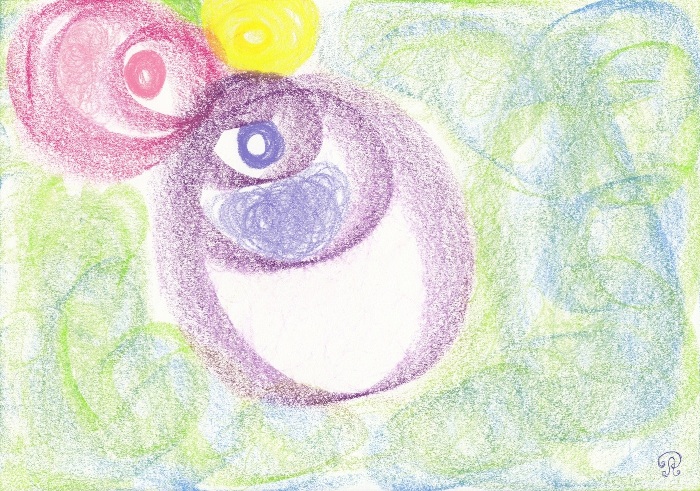