Work in spirituality in a group*

I AM Pallas Athena.

In today's day, the 23rd day of the month, in the presence of Lord Surya, I AM Pallas Athena come as a member of the Karmic Board of the planet Earth, this is currently meeting in the days around the spring equinox. I have come to update the Teaching, according to the new changes that have taken place in the life of humanity on the material plane, the Teaching given by me on Work in spirituality in a group that has already played its beneficial role.

The current moment is very suitable for this.

For this reason, also, Lord Surya has come from the Great Central Sun to support your work in spirituality and multiply your good fruitful results to everyone who invokes Him about it, so that the negative karma for the entire next month is transmuted to the highest possible completeness at all levels.

The text of my previous Message about 'Work in spirituality in a group' on 28 March 2014 is good and true, but for the past time, and possibly for a very distant future time, as well as for some other version of the possible near future that humanity failed to start after 2013, when the last 12th known energy Portal of the planet opened & closed 12.12.2012. Followed by the 13th Portal on the 13th day of the 13th month of 2013, which was 13.01.2014. By that time ran the preparation time for the transitional times.

Only then the year 2014 started energetically – since 14.01.2014 and started this version of the future, which is now your present and yet to evolve and gain momentum and strength. The real part of the transitional times has started.

I came today to give you the important information that the time has come when you supposed to already moved out to live in nature, outside the domes of the human settlements. Or have moved to live at the end of a small settlement with a minimum number of people in the area and at least one side of your home missing other nearby human homes.

It would be good that you have complied with all the requirements that we have given you so far in fullness, regarding your choice of a new home outside the city.

Then there is a chance that you would pass more easily and successfully through the transitional times that are already running, and live with better protection, in the purity of your bodies at all levels, to succeed in preserving your energy potential and to easier restore it if you have lost a part of it.

By living in a place like that, when a person performs his work in spirituality, the spiritual practice he uses brings him benefit rather than harm.

Because the person can be well protected while performing his service when he is alone at home and without the possibility of being seen by another person;

Also, when living in a periphery house, anyone who lives in God is given the unique opportunity that his house may be excluded from the dome of the settlement, when asked for help from Above about it;

And because in a place like that, each of you may reside in a state of elevated consciousness and high vibrations, while being in complete calm, joy and peace, purity and silence.

Then the person can very successfully invoke the Ascended Beings of Light, his Teacher on the subtle plane of the Hierarchy of Light and his Higher I AM Presence to participate with him in his service and to help in multiplying his good fruitful result. Then after the service thank them for their help and for being honoured to work with all of them in spirituality.

That is the only work in spirituality in a group, which we recommend that each of you individually to perform now in these times of transition!

I AM Pallas Athena, Goddess of Truth, with Love and trust in all of you, in which burns the Fire of the Living Life that you would successfully pass the transitional times – that you would preserve your purity, remain Alive and will continue your evolution on the Earth in the New Divine Order.

* Note from Rositsa Avela: After I have received the new Message from the Lordess Pallas Athena on 23 March 2016, she told me to completely replace the text of her Message of 28 March 2014 to avoid errors in the application of the Teaching on Work in spirituality in a group. 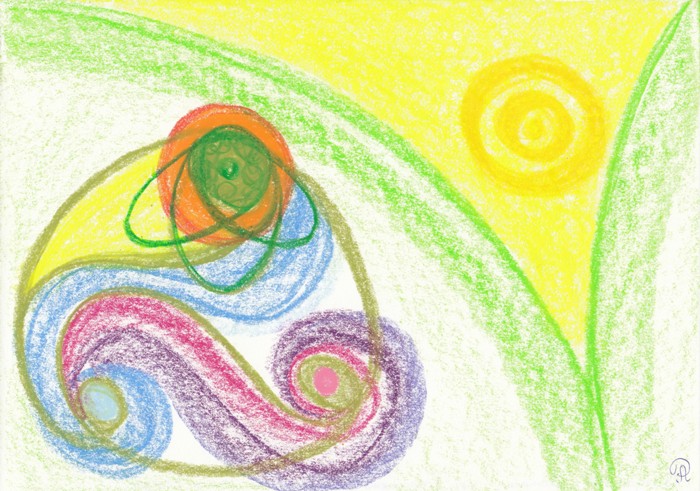