Your task is to save your soul now, in these times

I AM Sanat Kumara

I have come to give humanity inhabiting the Earth today our Knowledge and understanding of the changes taking place on Earth.

In the past our Messages we told you that the vibrations of the physical plane of the planet Earth are increasing/rising. We told you what you should undertake so that your own vibrations and level of your consciousness corresponds to the new reality.

Those of you who followed our recommendations had an unprecedented leap in their development. Because when the tremendous opportunities for internal development have opened up before you, you utilised them properly. And if you so vigorously continue to follow our recommendations in the future, this will allow your soul to continue its upward development on a new, higher evolutionary level.

So far, you have used the given opportunity. You have managed to grab our outstretched hand for help and applied our recommendations in your life. The most important thing for you is to continue in the same way and even better, both now and in the coming times!

The majority of people, however, live without awareness of the running processes. They found themselves in a situation where new energies are pushing out of their being more and more karmic deposits, forcing out accumulations of old energies. It is like a general cleaning that you do in your house when you first clean up everywhere and then again bring everything in order.

There comes a time when it would be good that every person on this planet bring order into their being and cleanse it from all negative.

Some of you may be able to do it yourselves, as some people make own thorough cleaning of their house because they are strong and healthy.

However, there are some who want their house to be clean and tidy, but they are weak and lack the strength. Despite that their home can also be clean and tidy if they have the desire to live in a clean and tidy place, and ask some of their loved ones to help them. Or someone else to do it, to whom they are willing to pay after they tell him exactly what they wish to be cleaned and how to be organised.

There are also those who do not even know exactly how they want to be clean and tidy. They just strongly desire to end the dirt and clutter in their house and give the management entirely in the hands of specialists, following exactly their recommendations – whom to tell what to do, and how they themselves can get involved.

The same is with the cleaning and restoring order in your inner house – the temple in which God could dwell, which is right, and it happens when your temple is clean and orderly. Some people can cope with the karmic records, which are coming for working off, but others may need help, and it is given to them as long as they ask for it. They are given help dependant on the way and the volume of which they request it, but also dependant on what they give in return. As in pursuance of the Law of equivalence, if they fail to give something, for this help, for example, to take some obligation to work in spirituality, then the cost is taken from their good karma, if they have such, in order to help them.

In each case, the most important is that each of you should make the right choice. To consider and decide whether you want to live in a house that is dark, dirty and disorganised, or you want to clean the house again and again when each consecutive negative karmic record comes out. And you see it and realise that it is within you, in your temple, and until that moment this karmic record has become a part of you!

Each of you living on the planet at this time of transition should make a choice, and you are already making it. Everyone will make that choice at the following times too, that is continuous, until you completely purify yourself, and also after that again and again; until you learn how to stop polluting yourself again once you are pure, even though you live in the filth of the surrounding world.

So now you get an unprecedented opportunity to develop yourselves. What was once, in previous centuries, quietly lying in the depths of your being, now, thanks to the energies of the changes, is rising to the surface. You can notice it in yourself; you can also watch it literally everywhere.

Is that good or bad? That is a huge opportunity for the development of your souls. It is also good for your successful existence on the physical plane. Because when the soul is doing well, the goods are received from Above, and the person resides in joy.

About ten years ago, we received an enormous Divine Grace to convey our Messages. Our Messages aimed to prepare your souls for the series of energy jumps.

And indeed many have received assistance. But it would be even better if the number of people that have received our help and support was greater. Even among those people who thanks to their karma and level of vibration were able to get in touch with our Messages, the percentage of the individuals who closely follow our recommendations is small. Some of you read our Messages and at the same time continue to lead their previous lifestyle. They find it difficult to believe that if they follow our recommendations, they can significantly facilitate their existence and to save their soul.

The weak faith prevents the majority of humanity to take our recommendations seriously and implement them. The weak faith is still an obstacle for many souls. I will explain to you what causes some people to be very careful and biased toward any new doctrine, and even towards the old religions. That is because, in the realm of faith, there are numerous and massive distortions. That is understandable, as a matter of faith is the central issue for every human individual. If a person believes in God and he believes sincerely, he is almost saved.

Therefore, the forces of illusion attempt to discredit the sources of Truth in your world and the true Teachings. The most common way is to create many false doctrines and sects, because of such an abundance of lies there is a possibility of weakening the faith of man, or he will lose all his faith completely.

Another method used by the forces of illusion is the lie and slander. It is quite likely that if something is a truth, it would be defamed. And this could alienate some of the sincere seekers of Truth.

In return, the forces of illusion offer many temptations and traps both on the physical, on the astral and mental planes, and people who fall into these traps are exposed to the danger of deviation from the evolutionary path of development.

Your Path is the Path of Sacrifices – for those of you who are ready and willing to move forward on it. On this Path, you will find trials and obstacles of varying complexity and difficulty. But the one who is strong in his faith can overcome all sorts of traps/pitfalls and temptations of the forces of illusion and continue to move forward on it.

Therefore, always, throughout your life, be in God, stay in touch with the Higher reality. Because then you are fully protected against the forces of illusion and receive the Gift of differentiation between what is useful for the development of your soul from what causes you harm.

Once again, I draw your attention to the fact that the current time is primarily a time to separate the souls who are capable of further evolution from those souls, who have no such suitability. To those souls who can evolve your time offers unique opportunities for spiritual growth. You can more easily distinguish who acts/works on the side of which forces. All masks are dropped, and it becomes more and more obvious who represents which side. When you support the representatives of one or another of the forces, you find yourself under the influence of the respective forces.

Each of your choices is very important.

In the times of the transition, the most important thing is to save your soul. And you could learn from the wise men of all times, who preferred to lose their physical body but to save their soul.

I AM Sanat Kumara 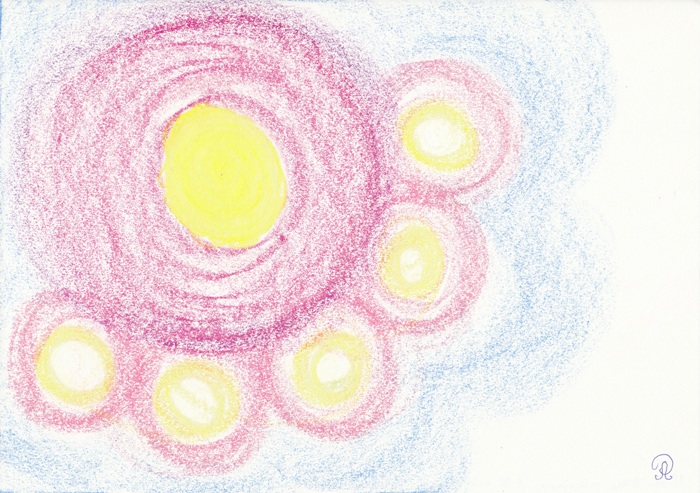