It's time for you to act!

I have come to you, and as always, I am determined and categorical!

Requirements for those who follow the Teaching that we give are growing constantly as the number of traps of the illusion is increasing and they become more sophisticated in response to the increasingly rising energy and vibration of the planet.

Only a few years ago you were reading our Messages, and a process of your theoretical training was ongoing. Now is the time for your practical training based on the theory that you have received. And if someone has a gap in the knowledge that you were given, he will have to learn it on the fly, as the processes of change are already happening and constantly accelerating.

So – it's time for you to act. Now is the moment for which many of you have come into incarnation.

The balance of the planet is constantly shifting towards a higher level of energy and vibration after each consecutive energy leap.

The forces of illusion tangibly feel that and hiding behind masks with our names – the names of the Ascended Beings of Light from the Heavenly Hierarchy, began honking the need to take decisive action and mass events for the benefit of the planet.

But we have already told you that we turn to incarnated humanity with an appeal for help extremely rare, requiring simultaneous teamwork in spirituality by performing some spiritual practice, whatever it may be! That is part of the theory which we have given you to help you in these times! As it is very dangerous for you, for the survival of your souls.

Even if only one of all the participants get distracted and let in illusory thoughts and feelings during the work in spirituality that is performed by all at the same time, all the Divine energy of all participants will be directed to the network of illusion. And then it is used to feed the forces defending the illusion.

You can see for yourself the big size of the trap that is set and how the desire and willingness of the Bright souls to help and be in service of the Living Life are used.

How do you think the world passes through these transitional times? I'll tell you – same as before in transitional times of the previous eras. All the necessary energy for this has been allocated and thousands of Light Beings from different levels of the Heavenly Hierarchy look after the balance of the planet.

The process of balancing the planet and Living Life on it after each subsequent jump to a higher level of energy and vibration runs very successfully.

That, however, has a direct impact on the situation of forces defending the illusion and their representatives on the physical plane. They will feel worse, and they will increasingly trumpet that the world is in danger, because that is the case for them. And they will be honking that there is a need for a mass ministry on the same day and at the same time everywhere on the planet in order to save it because they desperately will need more and more the Divine energy of the Bright souls!

That's why I have come to tell you that when we call on you to act, this concerns mainly your inner state and what to do, each individually, in order to be continuously in Divine attunement!

Act – do everything possible to keep your peace, love, joy, balance and harmony within the overall noise and mass actions, and within the background of all negative events provoked by the forces of illusion.

Act – stop listening to the news filled with false information and energies of all of the illusory that happens.

Act – withdrawal from all that and take time to retreat alone in nature, to enjoy it and thank the Father.

When you are calm, you are our eyes and ears, hands and feet; you are conductors of the Divine energy in the world! Then you become our most valuable co-workers to restore peace, balance and harmony, disturbed by the forces of illusion.

Act – protect the Divine principles and norms of behaviour by observing God's commandments and laws!

The Forces of Light are doing all that is necessary so that the processes of change on the planet proceeded according to the Providence of the Father. That quite naturally deprives the possibility for the forces of the illusion of their further existence even on the physical plane of the planet Earth, after they have previously been forced out of the subtle layers of the planet almost completely, and this process is already nearly complete.

The time has come when you will have to use all you strengths, abilities, talents and skills primarily to restore and maintain your inner balance. And when you do this, then you can work for the establishment of the Divine order in the world!

Act – work for the creation and the maintenance of Divine patterns, so that the transition to each subsequent higher level of energy and vibration undergo even more successfully and to flourish your planet – the platform on which billions of souls are developing.

Demonstrate in practice what you have learned over the years in which you were trained under the guidance of the Ascended Beings of Light. On each plane of the Existence, the negative energies need to be transformed!

You could help the welfare of the planet Earth and all Living beings through your work in spirituality, but you could help even more by your right thoughts, feelings, words and deeds, which are good and give a good fruit. As well as Karma Yoga – by working in Joy and Love! Because initially each negativity arising in the subtle plane can be extinguished by spiritual practices performed with high quality. With full concentration on the Higher Heavenly octaves, with a feeling of Joy, Gratitude and Divine Love, but if such a moment is missed or only partially used, then comes a time when negative energies begin to manifest themselves on the physical plane. And at that point on the top of the work in spirituality, you are required to do intensive work on the physical plane as well. The more physical work you do, filled with a sense of Joy, Gratitude and Divine Love, the faster happens the transformation of any negativity!

We always give to humankind the opportunity to walk the easiest path – the path of change through uplifting the own consciousness of every human being. We provide Teaching, which allows for a number of years to change and uplift to the appropriate level the consciousness of the required number of individuals who are in incarnation. I am talking about an elevation of consciousness to an appropriate level, because with each consecutive cycle of Messages it is provided the necessary energy and information that will help to change and elevate the consciousness of those who read them with gratitude, to the level at which the planet passes during each consecutive energy jump. And we spend on this large amount of Divine energy, delivering our Messages into your world.

The forces of illusion act in the same way, but in the opposite direction, by giving their low vibration messages and using the Divine energy, which the people put into the energy network of the illusion, due to their low level of awareness and the karmic burden. These messages are saturated with negative energy, as well as programs that encode the human being to act in their interests – so that later they can draw his Divine energy again, easily and even more of it. They reduce the level of energy and vibration of those who read them, as well as their awareness. Reducing the energy level is achieved by drawing the Divine energy during the reading from the person who reads them, which in turn leads to a reduction in the vibration of all the lower bodies of that man. That, in turn, affects the level of his awareness – it also decreases. And then standing on this lower level of awareness, he begins to make his own choices!

Now is the time when every man must make a choice in which direction of the Path to go. In the direction that we have prepared for you and outlined; or in the opposite direction in which the forces of illusion are trying to turn him. And if a specific part of people refuses to go the much easier path of elevation of the consciousness, then come into force the Law of Karma. The karma begins to descent on the physical plane with a different than before intensity, which increases with each subsequent jump of the planet to a higher level.

But every karma can be mitigated at the level of thoughts and feelings, if a person repents of his sins and demand, sincerely wish and ask for forgiveness from Above, as well as help him to stop sinning. Everyone, regardless of how much he had sinned, he can always repent and stand again on the Path to God, to the summit of the Divine consciousness.

Besides, the elevation of the consciousness of human beings is already happening, and in the future will be even more. That is quite a natural process, as the sunrise. I give you this Message in the hope that a sufficient number of our students will be able to act rightfully, and will decide, will start and will continue to move up the Path, using the recommendations that you have received and continue to receive from us.

You need to ignore all manifestations of the forces of the illusion on all plans of the Existence, in all fields of human activity, without your attention and energy. The more consciously and effectively you do it, the more you have acceptance of everything that happens without judgment, the better and better you will become!

It's time for you to act! 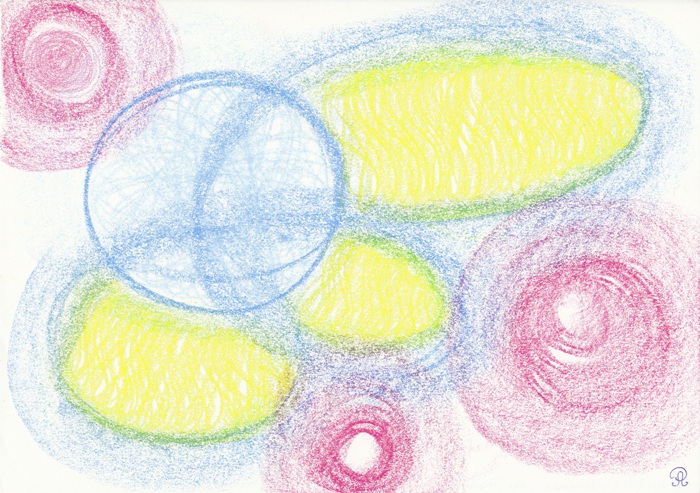