Teaching on change of the consciousness

In order our Teaching to have a beneficial effect on you, you need to believe in God and believe in the Higher Law of this Universe. When you are constantly guided in your life by all Divine Laws, that would exceptionally help your lifestream to survive and successfully continue its evolution.

For example, two people who walk along the same street would perceive the world around differently if they are at different levels of the consciousness. One person will notice the negative things around him and the other person who is at a higher level of consciousness will pay attention to everything that brings joy to his soul and that makes his soul to feel a lightness, to want to smile and sing.

Thus, in His great Grace, Lord gives the opportunity to everyone, being at his specific level of consciousness, to get the best from the Divine perspective opportunities for his development.

A direct consequence of the Law of change of the consciousness is that if someone wants to change his environment, the only way to do that is to change his consciousness. And if he wants to get closer to the Divine world, he needs to raise his consciousness so that it corresponds to this Divine reality. For this purpose, it is necessary to surround himself with Divine patterns, which help to make that happen, because as you know your energy flows to where your attention is directed.

Our Teaching is specific in that it allows each person being on his own level of consciousness, to get an understanding of the direction in which to move and improve based on the Divine patterns.

Moreover, we give you the understanding that when you raise your consciousness, the world around you reveals its Divine nature for you and after a while, you begin to perceive it predominantly.

If it happened in the life of man, that until this moment he has done a lot to move away from the Divine manifestations, when he wakes up and realises that and wishes to improve himself, he could always do that. God always gives everyone the opportunity to develop into good. And God provides help to anyone who asks for help from Heaven, to begin to purify his being of all harmful – the negative states of the consciousness, the negative thoughts and feelings, bad habits gradually. And after a while, the person begins to notice how his external environment starts to change in accordance with his changed consciousness and way of life.

Elevation of your consciousness is the easiest and best when you surround yourself with Divine patterns. That could happen when you give up watching, listening and reading low vibration products of the world of illusion in which you live. And you begin to replace them with Divine patterns – these that have already been brought to the physical plane over the centuries by Bright souls, who came specifically for that, as well as Divine patterns that you and other Bright souls are creating now. You create Divine patterns even when you are gradually liberating yourself from your bad habits and way of life, and replace them with natural and high morale way of life, which leads to the strengthening of the creative principle within you. Then the Divine world begins to reveal itself before you.

At this point, I would like to share with you something very important. Through elevation of the consciousness of a number of individuals, when they sincerely strive towards everything Divine and thus replace any illusory manifestation in their life, and when they maintain a righteous way of life, that might help to elevate the collective unconsciousness of the whole humankind on the planet Earth!

Our Teaching can kindle the inner fire in the hearts of the people. And they proceed to the application of the Teaching. The path of Service to the Divine Truth, the path of elevation of the consciousness may seem difficult for some. Because once a person starts to raise his vibrations, following the Divine principles and Divine moral standards, the external environment begins to counteract. That person resides in the world of illusion but less and less belongs to this world. And since the world of the illusion has lower vibrations, it automatically starts to counteract to reduce the vibrations of that person.

And the man begins to encounter temptations, even faces against the direct opposition. It is crucial that at such moment the person refrain from responding to fight with a fight, to violence with violence, as that would be a step backwards.

Currently, there are an incarnated people, who extinguish the counter-reaction of the forces of illusion with the help of the power of their Spirit. And they do everything to continue the evolutionary development of the planet Earth and all Living beings on it.

Through the power of his Spirit, man can extinguish the external counter action, coming from the surrounding environment. But that can happen only when he has reached sufficiently high degree of purity of all of his bodies and in his being the internal opposition caused by the negative energies present in his temple is almost absent.

A person following the Path to God due to the emerging internal and external opposition usually needs to be actively involved in some external activity and thus acquire his experience from the contact with the external and internal negative manifestations as well as the opposition they produce.

The person strengthens his Spirit and his connection with it, to such an extent that he can withstand external negative forces using only the power of his Spirit. But that happens after some time, which is different for every soul and may need a few reincarnations, or even a whole series of incarnations. Or maybe just one incarnation in these accelerated times, or even within the current incarnation, when the person is with high moral and lives in compliance with the God's commandments and Laws.

My recommendation to you is to apply your strength and abilities in active deeds on the physical plane. That means that along with all of the above you should also develop 'the hiding of the warrior.' That will help you to live in a world of the illusion, wearing your masks, reflecting the opposition by a funny joke and a joyful mood. Or by blissful silence at the right moment and a blessing spoken in mind, as well as by awareness and full concentration, predicting in advance what might happen and avoiding it by wise preventive actions, such as to leave immediately, to leave the room, to stop the conversation etc.

You need to learn to interrupt what you are doing immediately at the moment in which you feel any negativity around or within you that develops, even before it has manifested itself in any way! And retreat yourself for a moment, at least for short, and then invoke all the Forces of Heaven to help, so that you may save your consciousness elevated and manage to restore your positive tune, peace and harmony quickly. And also repent for everything negative that is within you and that provokes at that moment those around you to express their negative deposits. Repentant and ask for forgiveness from Heaven for all! And warmly thank for the Grace of the Father!

These are the best active deeds on the physical plane, to which I urge you in these times! To be successful in them, I Bless you now to become more and more aware and have a higher and higher level of consciousness! 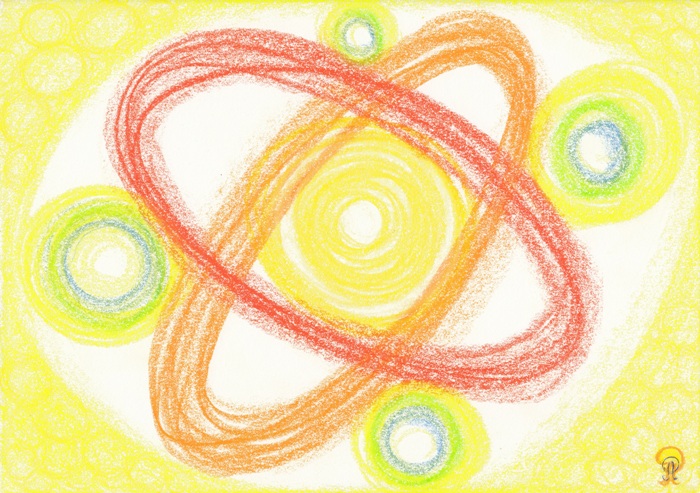