I teach you to free from violence in your thoughts, feelings, words and deeds and to keep your consciousness clean

I AM Pallas Athena

I have come to give my guidance and instruction to all who follow the Teaching given by us and apply it in their lives.

At the moment, most of the people on Earth are immersed in completely illusory problems invented by them that concern them seriously. And the more people pay attention to these situations, the more they feed them with their Divine energy. Completely imaginary things, which are reproduced by the mass media, with the help of the human energy gain physical shape. And that is so, because the people, who pay attention to the information in the media, expose their beings under a torrent of lies, which could cause them to perform actions that are to some extent karmic burden.

Other Masters and I constantly meet with souls, who after their transition fall into shock when before their eyes it is revealed the damage of what they had created during their last incarnation. Many of these souls incarnate again to work out a large package of negative karma. I know how difficult it is to them, how they suffer and undertake great trials. But I also know that to pass through their trials successfully, they must constantly and as fully as possible demonstrate the Divine qualities and virtues they possess and to have acceptance to what is happening, knowing that everything is from God. Then for them re-opens the possibility to step on the Divine Path.

Watching at all this that has been already created and consequently the harm and suffering that happened or is going to happen, as well as their subsequent karmic work out associated with new suffering, I have come to give you a Teaching on getting free from the violence in your thoughts, feelings, words and deeds.

You should know that usually a greater karma is created by these people who support the violence in their consciousness than those who commit it.

That is so because the violence carried out in the present moment is a consequence of the aggression, which earlier was settled in the consciousness of the people in the form of various negative and completely illusory feelings and thoughts. That aggression created on the mental and astral planes is actually the root cause of the subsequent acts of violence, manifested on the physical plane.

The people, who for a long time in the past maintained the aggression in their consciousness that led to the current violence are responsible and are the root cause of the karma created by all the participants in these events, and also responsible for the suffering caused to all victims. That creates for them karma, which is larger than the size of the karma of a direct participant in these acts of violence.

That’s why we teach you and tell you to be careful about the feelings and thoughts that possess you and the words you say. And this is particularly important for the times you live now, as they are accelerated and what you sow at this moment faster and faster descends to be worked off!

While giving the Teaching on liberation from the violence at all levels, I teach the souls in my Temple what the consequences of the use of weapons are and whether there is a need to be used.

If a person takes in his hands a weapon to defend his homeland, home, family and if eventually, he commits a murder, his karma would be lighter than the karma of the people who commit murder to revenge or to earn a living or for self-seeking. However, karma has been created and then again he has to work it off.

My recommendation is that you give up violence even in defence of all that is closest to you and the beloved.

Make your choice to avoid events while they are still in the bud, before they develop and manifest themselves, and devote yourself to intense work in spirituality. Repent for everyone. Bless the situation to be resolved in the best from God's standpoint way. Realise that this is the most well-timed, the best and lightest way to transform a huge amount of karma of everything that is close to you and what you love. Your family and homeland, your loved ones and yourself, and ask for all the help to be granted from Above according to the Holy Will of the Father.

The more of you manage to do it, the more likely is:

To be a witness to something great – fast and possibly easiest transformation of a huge amount of karma, which will lead to the rapid development of events for the better!

To be a witness of the Divine multiplication of the power of your invocations, prayers and blessings that each of you has made while quiet and calm and alone with God in the depths of your heart!

To be a witness to something that is many times better for all than if you chose a weapon to defend everything that you love!

Everyone makes his decisions by the level of his consciousness.

And according to what he has created follows the further course of his lifestream.

Our job is to give you an understanding of what is happening in each of the cases and help you raise your consciousness so that you may be able to look from a higher point of view on the events that happen at any moment around you and with you.

There are various intentions for which people resort to violence. But same as thousands of years ago, and even more now, the karma of humanity can be transmuted entirely much easier just by avoiding any violence!

Just more of you need to choose to free from the violence in your thoughts, feelings, words and deeds! Then sincere repentance transforms the karma, observance of the Divine Laws and righteous way of life transforms the karma! When you put your energy in such deeds rather than using it to defend yourself and fight, then what do you think happens?

The energy that you put into the highest quality spiritual practices that are doing with all your heart and soul is multiplied by the Divine order of magnitude. That happens when you invoke all the Heavens to join your invocations, prayers, blessings etc. When you invoke them to accept your sincere repentance for all the sins made at all times by all participants in the acts of violence, but also for those who caused them through their sinful thoughts, feelings and words. That multiplied Divine energy is used for the karmic transmutation of the situation.

Exactly at the moment when you refrain from putting your energy in any whatsoever form of violence, including the defence of everything you love, at this very moment, the negative energy generating aggression and violence is transformed, and they are melting like spring snow and summer fog under the rays of the bright sun!

I AM Pallas Athena have given you at this moment very important Teaching, and you have received Knowledge for the successful transformation of any military action and any situation caused by the aggression by peaceful means.

You have understood how to act like Gods who came into incarnation, what you are when you express your Divine essence and act through it!

Learn to accept every act of violence calmly as a lesson for the souls of people, including yours, as well as karmic salvation cleansing at all levels. And act immediately without any delay! Proceed with all peaceful means that I have just pointed out to you so that the violence could be localised and reduced to the possible minimum, but at the same time to get out of it as much benefit as possible.

It is regardless of where on the globe that violence is committed in relation to your location at that time. You can help wherever you are.

You can also help a lot yourself by accepting what is happening consciously, without discussing it with anyone, without judgment and any whatsoever negative feelings, thoughts and words about the event, but through repentance and thank Heavens for it.

In this way, your right reaction to what is happening as a result of your higher degree of awareness, as well as the assistance which you provide for the benefit of the Living Life, helps to work off the karma of the violence located in your lower bodies. And thus to finish the later manifestation of this kind of karma on the physical plane in the form of new violence directed at you, your loved ones, your family and homeland!

I Bless you to be successful in the application of the recommendations that I gave you in this Message of mine here and now!

I AM Pallas Athena 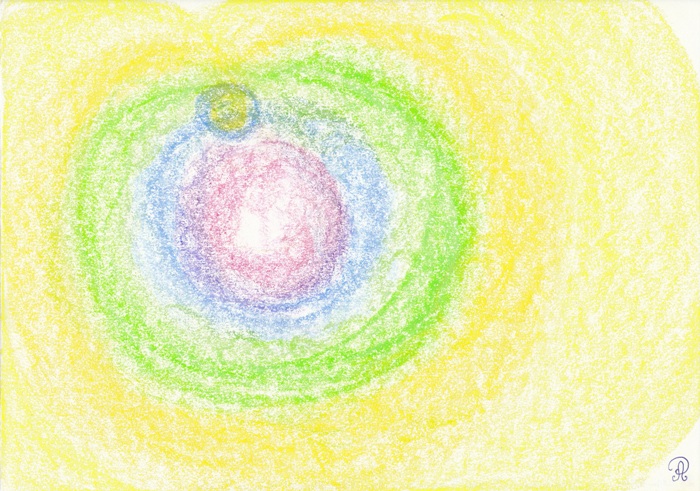