The most important and essential points of the Teachings so far

I AM Gautama Buddha

I have come again to help those Bright souls who are capable of evolution by familiarising you with the points in our Teachings which are most important and essential for the present moment.

You know, and each of you can feel in your life, that you are going through an extremely important period. Every Living human soul is now choosing the way for its further development – whether to go along the Divine Path of development, the evolutionary path, or the path leading to a gradual degradation and downfall.

In all areas of human life, there are two basic approaches – Divine and illusory. And all the choices that you make in every moment of your life are also two types – Divine or illusory.

You can quickly and efficiently change the physical world for the better if every single day a sufficient number of currently incarnated individuals make Divine choices only and act in the best way according to the Divine perspective.

At the moment, there are people who carry Light in themselves, and their decisions are illuminated by the Light of Truth; and there are also people who are representatives of the forces of the illusion and act as such by talking about battles and fight, and about active deeds in this direction. But as we have taught you in many of our Messages, every form of fight comes from the illusion and leads to its strengthening, even if people just think they should fight. That is actually one of the big traps to direct the Divine energy of Bright souls to the energy grid of the illusion!

All that is leading towards the establishment of the Golden Age on this planet is the refusal to fight, the choice to follow God's commandments, including 'Live without murdering' and the choice to follow the Divine laws, including the law of refusal of violence. Depending on what choices and what decisions will be made by the necessary number of representatives of the humankind, either will follow an evolution or involution.

I can tell you that at this point on the globe there are very few people who profess clearly anti-God beliefs and follow them consistently. However, almost the same is the situation with the people who openly take God's position and constantly defend the Light. The rest of the humanity falls either under the influence of the Forces of the Light or the influence of the forces of the illusion. And that usually remains unnoticed by the consciousness of people.

For example, when someone is watching the news on TV and sees a negative situation if after that he allows an emotional response, his carnal mind may start deliberating on this negative situation. Then the person may be tempted to share this story with friends, neighbours and acquaintances. All that leads to maintaining the negative field through the manifested by that person initially negative feelings, then negative thoughts, and finally negative words. The consequence of these choices is that all this time the person is putting his energy into the network of the illusion, and through his actions, he contributes to its strengthening and expansion. And that happens without him being aware, without this being a conscious choice of that person.

That's why we have been telling you that it is extremely important what your thoughts, feelings, words and deeds are, and you should attend to their positivity and purity yourselves.

We have been teaching you to do the same in your life as in the above example but in the opposite direction. See, listen and pay attention only to what brings you joy and easiness to your soul, to what evokes only sublime feelings within and helps you to have good thoughts. Cultivate these positive thoughts and feelings in your life and share them with your loved ones, friends and acquaintances to multiply the Divine Light into your bodies. And then multiply the Light that has already been multiplied by thanking the Forces of the Light for the Grace and the help. Then completely selflessly and unconditionally redirect this multiplied Divine energy through an invocation to the Higher octaves of Light to be used in accordance with the Providence of the Father. That way, you increase your good karma, your treasure in Heaven, instead of dissipating your Divine energy in your illusory world later on by mistake and even without understanding how that happened.

In our Messages, we indicate what you could do to continue your evolutionary development successfully in the future.

I have already told you that you could choose to stop being involved in any negative states of your consciousness and constantly keep your consciousness focused on the positivity, to eliminate all manifestations of the illusion from your life and surround yourself with Bright Divine patterns.

You could also be careful regarding your food. People are starting to resemble what they eat.

If they consume meat and animal products, this strengthens their illusory part – the ego, it is nourished, and this brings to the forefront the animal aspect in the man – the man-animal, rather than bringing to the forefront the God-man. When people eat meat, that also creates the possibility for all kinds of fears to emerge, especially the fear for their survival experienced by the animal when its life was taken away, and whose meat people ate afterwards. That basic fear then can manifest itself in the form of various fears – that man will starve, remain thirsty, will be left without means of subsistence, without his loved ones etc.

And if you eat only vegetable food, after a while it becomes possible, similarly to plants, to switch to solar feeding and start using the Divine Light in a completely different way.

You could reduce the uncontrolled intake of information of any kind and from any media! Otherwise, there is a real danger for you to become conductors of all that is negative and illusory in it. When something negative settles in someone’s consciousness, after a while, it is very likely that it manifests itself on the physical plane through a variety of negative symptoms. That way, the negativity can reproduce itself.

However, positivity can reproduce itself in exactly the same way. When something positive settles in someone’s consciousness, after a while, it manifests itself on the physical plane in the form of various positive manifestations.

The mechanism for management of all processes taking place on the globe is located inside your being – in every one in whom the Fire of the Living Life is burning! In every Living human being, created in God’s own image, there is something like a switch. And according to how each one of you chooses to manifest his free will, that is, by the choices he makes – either Divine or illusory – this switch automatically connects him to the respective energy network – the network of Light or the network of the illusion. And his Divine energy is accordingly directed and given there. As you can imagine, this leads to the strengthening of the respective energy grid.

The more people make the right choices from the Divine perspective, the stronger the grid of Light will become, and that will lead to an improvement of the processes occurring on the physical plane at all levels, including the planetary level.

But the opposite is also possible. The situation is complicated by the fact that the forces of the illusion are seeking to give messages that sound truthfully and call people to do good. But that is good from a human point of view, and thus people fall into the biggest trap as God's point of view on what is right is sometimes different. These messages, along with the truth in them, are filled with false information as well, and on the subconscious level, they create action programmes that lead directly to the network of the illusion!

For this reason, we are teaching you how to make the discernment in your life and how to preserve a constant harmony with the Divine world, so that your thoughts, feelings, words and deeds give good fruit. Because by your thoughts, feelings, words and deeds you constantly supply your Divine energy either to one or the other network – the one of Light or the one of the illusion. It all depends on the choices you make. Whether you choose to be irritated or to remain calm. Whether you choose to turn on the TV, go on the Internet or to go out free in nature – rejoicing and thanking God for the surrounding beauty, for the fragrance of the flowers and the bird songs. Whether you choose to condemn someone or something or you choose to treat this person with understanding and forgive him, and even ask for him to be forgiven by the Heavens.

You need to proceed with all your aspiration to the application of the Teaching which you are receiving now. Proceed to the continuous application of our recommendations to you, one by one. And gradually, but firmly establish a new way of life in a positive tune and a state of elevated consciousness.

We are giving our Teaching to you with all our care and with great Love, as each one of you, now, in these times, is making the most important choice – for his further progress towards involution or evolution! 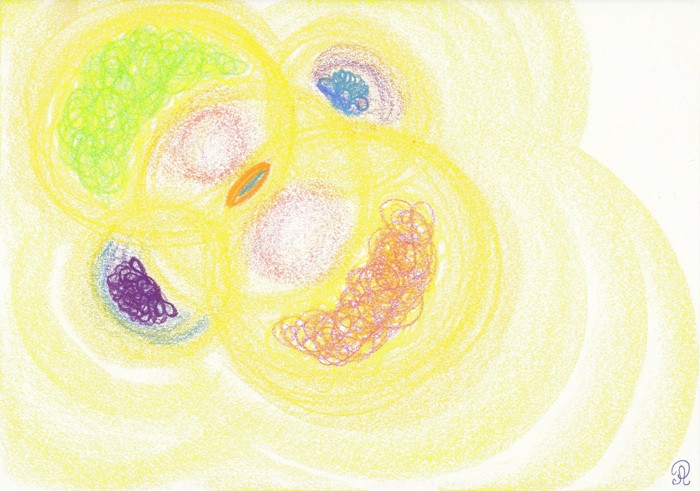