I AM Alpha, your Heavenly Father.

I have come to give you this Message through our Messenger to establish a balance after getting the message, received on 25 June 2014 by our previous Messenger. And also to convert its harmful energy – harmful for those of you who receive and give their Divine energy entirely or predominantly into the network of Light.

For the others, who entirely or predominantly receive and/or put their energy into the network of the illusion, the message on 25 June, as well as all the other messages from that cycle, will be completely fine and good. But the Messages that we are giving now through our Messenger, which we saturate with the Divine energy of the Higher worlds, may seem dangerous to them and they might feel unwell from them. It is going to be exactly like that – it is very likely that those people whose illusory part is strengthened and is currently dominating their essence will feel irritated while reading them. In that case, it would be quite natural that they reject these Messages as false and unworthy of their attention.

Our task, however, is far from the idea that the Messages and Teachings, which we are giving you now, should be liked and approved by all the people. Our main task is to help the most to those who have already made their choice and headed along the Highest Path of development so that they keep on it and successfully continue forward. And also to help those who have just woken up and want to follow the same Path.

I have come to you with my entire Father's Love for you, My dear children of Light, and without any warnings and threats bearing tension and fear. I have come to bathe you with My Light and dispel everything illusory that has come into your souls!

From my point of view, the situation on the planet is improving and the processes are developing at an increasingly accelerating pace according to My Providence for separating the wheat from the chaff and for what is to happen then with the separated wheat and with the separated chaff. You understand what I am telling you, right?

It is clear which forces feel that their existence is threatened in these times when the increase of the energy of the planet is ongoing, and when the start has been given to the process of its purification from all that hinders the development forward to the Higher worlds!

The power of the Hierarchy of Light is enormous, and I AM the Father of this galaxy telling you this now! The ongoing processes in the whole Universe of its contraction and return to the primary source further enhance our Power. That is why when you call us for help and you are filled with Faith and Divine Love for us, and you thank us with all your heart and soul, you are given considerable help so that you successfully continue forward!

Do you think that it will be difficult for parents and Teachers to protect their child or student from the aggression of some other kids who misbehave with him and harass him until he starts crying so that they can take away his energy after they previously praised him and tempted him with sweet promises and treats? And even if adults threaten their child, would parents leave the matter without informing the authorities of law and the governing authorities and get all the help from them? But all that assistance can be given and received only when the child has been brave enough to say that the other children threatened and tortured him.

The events that are happening now on the Earth are quite a natural process of transformation of the negative karma. These are processes of cleansing and they are good for all of you, children of Light, who follow the recommendations which we are giving you in our Teachings. The situation on Earth will worsen only for those who live in the old way and continue to violate God's Commandments and Laws.

These accelerated times are the best thing that can happen to anyone who wants to cleanse karmically and uses the tools that are given to you for that.* As through these tools, the cleansing is performed with Divine multiplication and with the pace and size which occur for the first time since the previous transition, through which the humanity on the planet Earth passed!

The forces of the illusion are those who are trying to divert the humanity from the Divine path of development. These forces are trying to do everything that depends on them and is in their capabilities, to divert as many human souls as possible from the Divine Path. Because, just like the chaff, they are going to be removed and deprived of the possibility of further existence on the planet Earth. So diverting as many Bright souls as possible from the Highest Path to get their energy and slow down the currently running processes is a matter of survival for them.

However, for you, My dear children of Light, the planet is being prepared and cleansed at this time, and in the future, these processes will develop even more so that you can continue to develop on it in cleanliness. That is similar to the way the diligent farmer ploughs the field and prepares for the good seeds so that it can grow, develop, and give abundant crops without being choked by weeds. As the processes of preparing the soil for sowing are natural, as well as the weed removal processes when the seed has been sown and is already growing, so are natural the purification processes of the planet Earth which have begun in these times.

The most important thing for you now is to purify yourself as much as possible and then to manage to preserve your purity! You have been told already, and you know how to do it. You can do the same as the child who can be protected in the presence of a bunch of kids-bullies by standing close to his parents and Teachers and by being constantly under their caring wing. And avoiding the tempting proposal either to take part in a very interesting and quite new, or even old, game or to go for a walk, secretly from the parents and Teachers to new and mysterious places!

You have been already told where you will be preserved in purity and where you are always under our protection – in places where one can meet all the elements and where the elementals live – in nature, my beloved. Away from the big centres of the illusion, in which under the dictates of these times and in fulfilment of the Law of the free will we have left each person to manifest his true nature by himself fully and to make a choice where to put in his energy.

You are protected when you are away from the attempts of the illusion to distort every aspect of the human life.

You are protected when you are away from the attempts of the illusion to sow negative feelings of aggression and violence in people through the mass media, through films and computer games where battles are constantly waged and acts of violence are committed.

You are protected when you are away from the attempts of the illusion to involve people in energetic activities, which are equivalent to fight in their essence, and as such, quite naturally and normally they are doomed to failure!

We have always taught you that your actions have to give good fruit and we have always left the choice to you whether and when to perform them, and only when you wish so. Then your energy is put in properly, it is multiplied, and you grow in God! And only the representatives of the forces of the illusion may require from you and warn you that you have to act energetically. That is to engage yourself in a fight at all costs, regardless of whether your actions are successful, only as long as your motive is right. And you are told that only with such a high combat spirit you can help for the salvation of your soul and all the people and the whole planet in the forthcoming events! You understand, my beloved, that in this way it is easier to take away more Divine energy from these people who are misled to follow the appeals to rectify the situation, and their energy is directed to the network of the illusion.

The most important life experience to be gained by the souls, incarnated now, is to learn to renounce fight and violence, to refuse to put their energy into illusory thoughts, feelings, words and deeds! Because all these souls have ample and much too rich experience of fight and violence in quite a few of their previous incarnations, and in that fight and violence most souls were acting with the right motivation as defenders of all that is dear and native.

If you do what is required to be well protected by us, you will avoid all frightful things, and karmic cleansing processes will take place somewhere else, away from you, where there is someone to be cleansed!

When you make Divine choices and act in accordance with the Divine Commandments and Laws, you raise your vibrations and ascend up the spiral of the evolutionary development. The opposite is also true.

That is why you should learn how to make Divine choices without being biased by the choices of others and in whatever situation you are.

That is exactly the initiation that your souls are passing now. And when you successfully pass that initiation, you will be able to serve God and the Living Life!

I AM Alpha, with all My Father's Love for each of you, in whom the flame of the Living Life is burning! 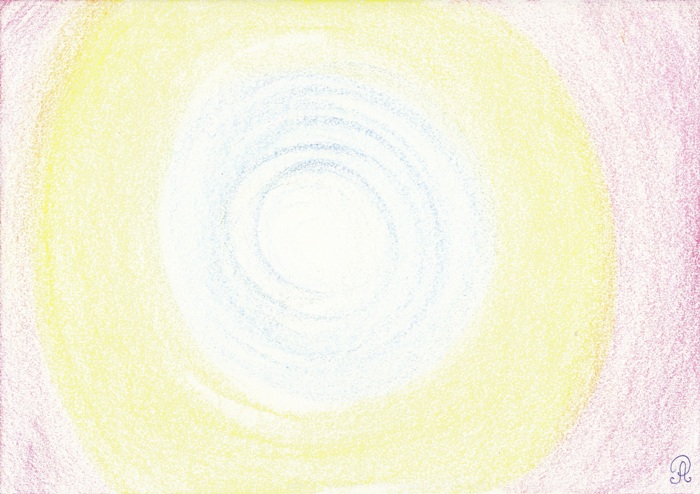