I AM Master Morya

Today I have come to give the final Message of this extraordinary cycle of Messages.

Without unnecessary waste of time, I want to inform you about an important decision of the extraordinary meeting of the Karmic Board of the planet Earth, and briefly explain to you what caused the necessity of its approval.

As you already understood, around the days of the summer solstice our previous Messenger has received a whole cycle of Messages from the forces of the illusion. Those of you, who have enhanced the Gift of differentiation, immediately understood who gives these messages by using our names. These messages have little in common with the Teaching we are giving in terms of energy component, information component, and even the way of expression.

When the purity of receiving the Messages by our previous Messenger started decreasing below the acceptable level, we have made some steps.

First, we have announced in a Message received by her herself that we stop transmitting Messages through her and it starts a period of time for application of the received Knowledge.

Second, we have activated the Mantle of the Messenger of the Great White Brotherhood of Rositsa Avela that she had from many and many previous incarnations, and which Mantle was assigned to her earlier. This activation was possible to be done after she again successfully passed through a number of trials.

The fact that our previous Messenger continued to receive Messages with lower and lower purity, has necessitated that the same Masters, give duplicate, adjusting and supplementing Messages through Rositsa Avela and to announce that these Messages should be read in pairs. The purpose of this was to neutralise the penetrating harmful programs, which initially were in 1-2 sentences or phrases, later in whole paragraphs and sections, up to the point that in this summer cycle the messages are completely illusory and their energy is strongly negative and harmful for the Bright souls, who are in God.

Our Messenger Rositsa Avela had to perform very hard work in these days, because prior to receiving the Messages that we, the Ascended Beings of Light from the Higher Heavenly octaves gave her, she cleaned off the energy body of the messages received by our previous Messenger from the negative energy in them, transforming it through her chakras, which was exceptionally exhausting and painful for her!

She did it successfully, but I have come to tell you that our, the Karmic Board’s decision, is that in the future she is going to be released from this kind of work. We refuse to further expose our Messenger to such loads. In the past few years, she was doing it silently, in order to help all of you who read our Teaching and try to apply it in your life. Also she was doing it in the hope, which we had until recently, the situation could change for the better. But the current load was excessive.

The bottom line is that you are already aware of the actual situation. And if after all this that we announce now, the previous Messenger continues to receive messages and you continue to read them, all that you take up/soak up/absorb, will remain in you and you will have to clean it out in the future times.

Until now, even if only a few people have read Messages that Rosica Avela was receiving from us mainly on the equinoxes, who previously on the solstices had read Messages received by the previous Messenger, this way the negative programs and energies received by these people were transformed in them. This beneficial effect was passed on the field level to all other people who have read the Messages of the previous Messenger even if they were without knowledge about the existence of Rositsa Avela and that she is our Messenger now. All these people were cleansed!

However, the situation changes from this moment. A new program starts for Rositsa Avela now.

I was the one who announced to you in 2010 that currently we have a Messenger in Bulgaria as well. Now, again I announce to you that only Rositsa Avela has an active Mantle of Messenger of the Great White Brotherhood and through her we will be giving you our Teaching and everything you need to continue on the Path to God in the coming times.

I AM Master Morya 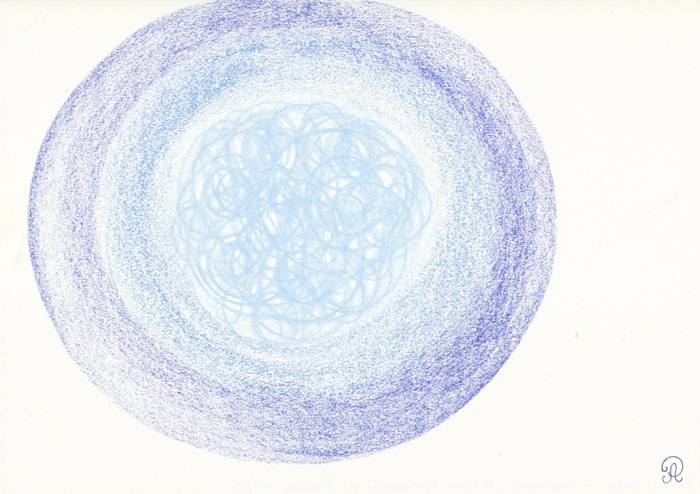