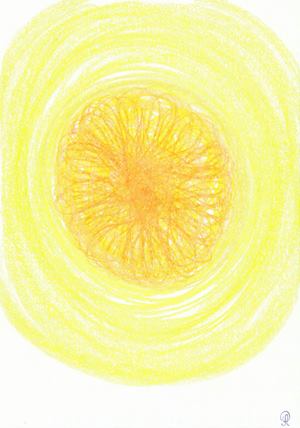 I AM Djwal Kul.

I have come to announce to you some information of high importance, because I can see that it is a general problem with most people with Living, initially Light and Pure Souls!

It is about going to bed to sleep at night on time and its many-sided Good influence on you and your close ones. And because this is important work, it is sabotaged by too many representatives of all kinds of networks of the illusion, who at every opportunity put in you new and reinforce the old harmful programmes, encodings and blockages and their harmful fruits and the consequences of going to bed late and even later at night and starting to do various things, instead of going to sleep earlier!

Regarding this, the illusion simply tries too hard to fail you, because if it succeeds, the whole next day it can attack you so that you are barely successful or completely unsuccessful especially in the work which is your highest priority!

Look at your life that way:

Your work in both spirituality and materiality begins with going to sleep at night. The earlier you start sleeping, the earlier your work starts, and the more successful it is on the next day!

Your work in Spirituality begins with your going to sleep. It is done on the subtle plane during sleep. This is Work number 1, which determines the success of everything you do – all your work, both in spirituality and in materiality, for the next 24 hours until the next going to bed and sleep at night! And if you fail in Work number 1, the implementation of everything else is already in question, as well as whether it will be done at all or your entire work plan and schedule will change on the next day. And even your protection on the subtle plane by the Guardian Angels is of a much lower level, degree, quality, volume, etc., and this applies to all your work!

Ask for help from Above, and it will be given to you so that you succeed in fulfilling this Guidance of Mine to you – mainly and in the first place by the Father One, but also by St Archangel Michael and His Angels of Protection, and by whichever Higher Being of Light you want so that you stop dawdling right in the evening even though you have thousands of ideas in your mind about how to have a better evening until the latest possible, and that you need to relax a little after the workday! Because these ideas are somebody else’s even though you think they are yours, and someone very helpfully gives them to you from the subtle plane at the right moment, even when you decide it's time to sleep!

I AM Djwal Kul, with clarification on the problem and also that you are able to end it in case you decide to do so.